There is so much anger in this world. How do I come to this conclusion? I simply have to check my Whats App messages, emails or open any social media outlets. It is filled with negative stories. Reading the comments makes one feel like there is no hope left in humanity.

Comments posted online in particular show the worst of mankind at times: people mock, abuse, criticize, insult, chastise and even make criminal threats upon those bearing the news they dislike or disapprove of. Whether the allegation is true, is beside the point. The truth becomes something elusive, something that most people do not bother to find out about.

Perhaps there are some stories that are deserving of criticism, but even then, there is a proper manner for even the worst criticisms. Even if a person commits a heinous act, it does not justify one to condemn the entire race or religion which the offender belongs to. In the end, we become as ugly and hateful as the people we condemn.

We not only make a terrible representation of ourselves when we resort to such distasteful language and reprehensible behavior, we also misrepresent that the people of our race and religion bear the same negative characteristics we display.

What is even worse is when we condemn others who do not deserve such harsh attacks. We as a society have become so engrossed with observing each other that our every action is studied under a microscope and the moment that one of us makes a mistake, or perceived to make a mistake, we pounce and call them out in PUBLIC.

On social media, no less. For the entire world to see and know of what this person did or what we think they did. No investigation. No proof. No reasonably drawn conclusion. Just assumptions and judgments based on headlines and pictures. In the Qur’an (49:2), it is stated, “O you who believe, avoid suspicion, for suspicion is sinful.” 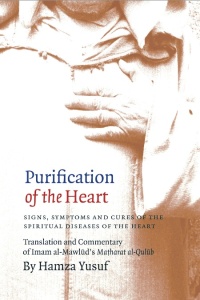 As Muslims, this is something we should avoid but it appears that some of us have fallen prey to the vice of self-righteousness. We love to judge others and assume to know what they intend. I do not know when we started taking over the role which is only given to God. I do not know why we feel we know so much, when we actually know very little.

Based on the little that we do know, we have no qualms about lowering the esteem of the person we perceive to have committed a wrong.  Hamza Yusuf has explained in his book, “Purification of the Heart,” that Islamic scholars have advised against one judging another based on their bad appearance. They may have much goodness in their hearts which we do not know.

I hope I am not misunderstood. There is nothing wrong in advising another person to improve, to be better, especially if we see something done that shouldn’t be done in public. We are enjoined in Islam towards Amar Ma’ruf, Nahi Munkar (enjoining what is right and prohibiting what is wrong). We have a duty to advise others to what is right and good, and those who are recipients of such advice should take it positively.

Correcting and inviting each other towards self improvement would be beneficial for the individual, the society as well as the state. But we must also think of the wisest way in doing so. When we resort to harshness, anger and public mockery, we may end up driving the person further away as opposed to closer to Islam.

In the end, due to our badly chosen words and harsh way of dispensing advice, we may even commit sin, which is ironic because it defeats the whole purpose of our “advice” in the first place. There is a Prophetic saying which goes, “One of you will say a word and give it no consideration, though it will drag the person [who uttered it] through Hellfire for 70 years.”

This is why adab is so important. Unfortunately, many of us have forgotten to actualize adab when giving advice to others. We may think that we have a lot of knowledge on Quranic injuctions and Prophetic traditions, but some of us do not reflect on the manner which we choose to dispense our advice.

Having knowledge is not just in knowing something, but it is more than that. Prof Syed Muhammad Naquib Al-Attas explained that knowledge must be firmly rooted in wisdom (hikmah).

Only when our knowledge has its foundation in wisdom, can one attain adab. In the Quran (An-Nahl : 125) it explains, “Call in the way of Your Lord with wisdom and beautiful exhortation.

We must exercise humility, love and respect when inviting others to do good and avoiding what is bad. This is proper adab. We should be kind and considerate, especially when wanting to correct another. We must consider the nature of humans.

We have feelings that are easily hurt, and we have ways of reacting to those that hurt us. Public shaming is even more offensive. The person we wish to “improve” may turn away from us, and shy further away from the right path because of the way we have chosen to advise them, which often results in humiliating them or making them feel worthless.

A person may appear religious, but that may not necessarily be so and vice versa. That is why we should befriend many people from all walks of life.

People that look, talk and act nothing like us sometimes. We should believe in the goodness that lies within people.  A person who has had the darkest past may change overnight, and upon such change, they become more devout, more passionate in their faith than us.

That should put us to shame. But it should also inspires us to be better. To never look down on others. To never look highly upon ourselves. And to believe that everyone has the capacity to change. No one is excluded from Allah’s mercy and

He guides whomever He wills. The person we look down upon today may be a better person than us tomorrow. It is not our place to judge and condemn others.

That is where we should start. When we take care of our heart, it will purify our actions and words, for everything is influenced by our heart. That is why we should be more occupied in guarding our own hearts and taking care of our own souls, rather than obsessing with fault-finding in others.

Why must we see a picture of someone’s happiness and quickly jump to the conclusion that such person is boasting? We must the first thought that pops into our minds and escapes our mouth a criticism or accusation of what another person is not doing right?

Have we really got all the answers? Are we really that perfect? Are we free of faults and sin ourselves? No one is. We are not better than the other. You judge based on what you perceive to be the truth, but only Allah knows what is in the hearts of everyone. Let us leave the judging to Allah. For only He knows all things, things we know not.

We should train ourselves to see every situation positively, and to the best of our ability, assume the best in everyone. Even if a person errs, we should approach the person with wisdom, compassion, understanding and love. Bring them closer rather than set them apart. Show them that we are all flawed in one way or another, but we are still brothers and sisters. No one is exempt from His Mercy. That is beauty, that is mercy, that is the real Islam.

Murni binti Wan Mohd Nor is a UPM lecturer in the field of government, civilizations studies. She is passionate about human rights issues and works towards promoting peace, understanding, respect and tolerance in a multi racial and multi religious country. She is the founder of the community group, The Middle Community. She is a Muslim, wife and mother first, above all else.